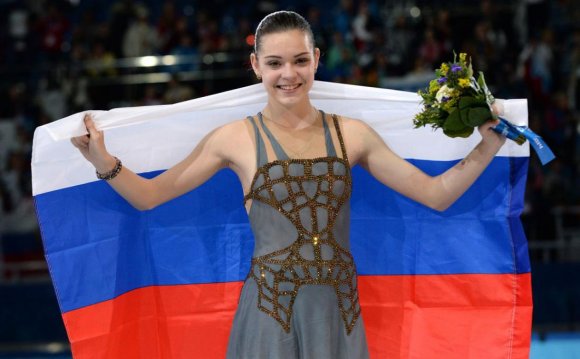 Four years ago, it was Yuna Kim who carried the weight of a nation’s hopes on her slim shoulders as she glided onto Olympic ice for the first time, hoping to bring back Korea’s first ever gold in the event. She had set a record in the short program, and her country expected nothing less with her free skate.

At the Iceberg Skating Palace on Thursday, it was Yulia Lipnitskaya who felt that enormous burden. Except Lipnitskaya was skating in her homeland, and it must have felt as if she were dragging an entire entourage with her onto the ice. With the highly touted Russian men’s hockey team out of the medal rounds for the third straight Olympic Games, all Russian hopes had shifted to the 15-year old who captured her nation’s heart with two inspired skates in the inaugural team event. Four minutes, and the overnight sensation ended up in fifth place after a fall and a stumble on a jump.

Rising to the top, however, was her teammate Adelina Sotnikova, 17, the Russian national champion who has in recent weeks been overshadowed by her younger counterpart. Sotnikova proved that experience does pay when she outscored the 15-year old in the short program to finish second, and skated a nearly flawless free routine to capture gold. Sotniknova becomes the first Olympic ladies’ champion from Russia.

Kim’s bid to become only the second ladies’ skater to repeat as back-to-back Olympic champion—Katarina Witt of Germany was the first after winning in 1984 and 1988—fell short under the new scoring system. Not the same technical skater she was four years ago, Kim’s program wasn’t packed with the difficulty needed to outscore Sotnikova; Kim performed six triple jumps to Sotnikova’s seven, and did not receive the highest level of difficulty for other elements as the Russian did. Aware that the competition was tougher this time around, Kim downplayed her chances coming into Sochi, calling this Games a “vacation” compared to the preparations she made before Vancouver. In the past four years, Kim left her coach, Brian Orser in Canada and returned to Korea to train with her childhood mentor, and has balanced the demands of being a national star—in Seoul, she appears in ads for everything from coffee to electronics and cosmetics—with training.

Italy’s Carolina Kostner, a veteran of the sport who was competing in her third Games, skated a mesmerizing routine to Bolero to redeem her disappointing history at the Olympics. In 2006, a favorite for a medal in her home country, she placed ninth, and in 2010 finished 16th after disastrous performances. At 27, Kostner finally has an Olympic medal, a bronze.

Even more unforgettable, however, was the performance from Japan’s Mao Asada, the Olympic silver medalist from 2010, who skated from 16th place after the short program. Asada is the only woman attempting the triple axel—she made history four years ago by landing two in her free program—but fell on that jump during the short program. The mistake cost her valuable points—just a day later, she landed a defiant triple axel and skated a flawless free program but couldn’t make up the points to reach the podium.