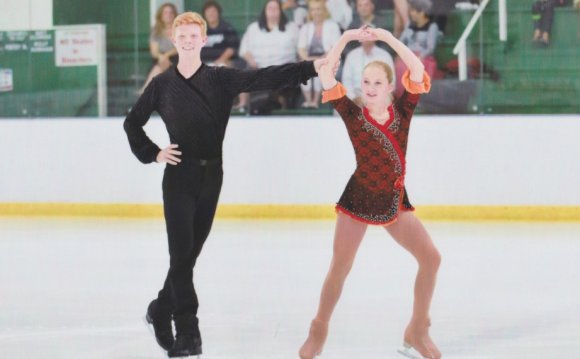 In a file photo from Feb. 19, 2002, Michelle Kwan raises her fists in triumph after completing her short program at the Salt Lake Winter Olympic Games.(Photo: Robert Hanashiro, USA TODAY Sports)

ST. PAUL — If the sport of figure skating should feel at home anywhere, it would be here in the great frozen north, where children skate before they walk and ice sculptures last until spring. But these are troubled times for an American Olympic sport that once reached unimaginable heights of mainstream popularity, so there is no refuge, no safe space, no place to call home.

Wherever the U.S. national championships are held — they are here this week — skating’s problems end up coming along for the ride. A sport that once beat the men’s NCAA basketball tournament in head-to-head TV ratings (10.1 to 8.8 in 1996) has veered so far off course that one wonders if its next move is to go right over a cliff.

TV ratings have plummeted. Touring shows of Olympic skaters that used to stop in 80 to 90 cities have either disbanded or become a shell of their former selves. Skaters’ salaries have shriveled away to almost nothing. American singles skaters, the superstars of the sport for generations, don’t win anything anymore. And more than a decade after the sport instituted an arcane, points-based judging system, no one but the most devout sequin head has any idea what in the world is happening on the ice.

You remember the 6.0 scoring system? The one with the numbers displayed with the flags of the judges' countries? It was reality TV before there was reality TV. There were villains. There were heroes. You could scream at the TV. It was just like this year’s presidential election campaign.

And then the international poohbahs who have decimated figure skating decided to get rid of the 6.0 for a system that allows judges to remain anonymous and everyone else to have no idea what is going on.

And I do mean everyone else. Sit and watch an event at the national championships next to Olympic gold medalist Brian Boitano and you know you’re not alone in your confusion. “I look at the scores and kind of go, ‘huh, ’ then lean over and ask (younger former competitive skaters) Michael Weiss or Ryan Bradley to decipher it for me, ” Boitano said with a laugh.

If Boitano isn’t a good enough source, I give you the one and only Dick Button.

“The current scoring system leaves people bewitched, bothered and bewildered, ” Button, the two-time Olympic gold medalist and long-time voice and conscience of the sport, told me over the phone the other day.

To know how bad it now is, let’s remember how good it once was. Travel with me back to the glorious 1990s. The glow from the Calgary Olympics and its galaxy of megastars, including Boitano, Katarina Witt and Debi Thomas, had barely begun to fade when the snowy morning of Jan. 6, 1994, dawned in Detroit.

That was the day that Tonya Harding’s live-in ex-husband and three other knuckleheads carried out the attack on Nancy Kerrigan’s right knee, triggering the two most bizarre months in sports, ever, culminating in a television bonanza the likes of which we will never see again. The women’s short program at the 1994 Lillehammer Olympics received a 48.5 TV rating, making it the sixth-highest rated television show in history, after the last episode of MASH, episodes of Dallas and Roots, and two Super Bowls. Some TV shows since have had more viewers, but none will ever reach those ratings due to the plethora of channels and choices available now.

Obviously, there was nowhere to go but down. But there’s down, and then there’s rock bottom. Stars would have helped: young, consistent, American female stars. But Michelle Kwan has been retired for almost 10 years now, and no one has taken her place.

Compelling figures like 2014 Olympians Ashley Wagner and Gracie Gold remain, but they have never broken through with an individual Olympic or world championship medal, adding to an unprecedented nine-season drought for U.S. women on the podium at the worlds and Olympics.

Without reliable and consistent personalities, fans go elsewhere. There are too many injuries, too many falls, too many disappointments.