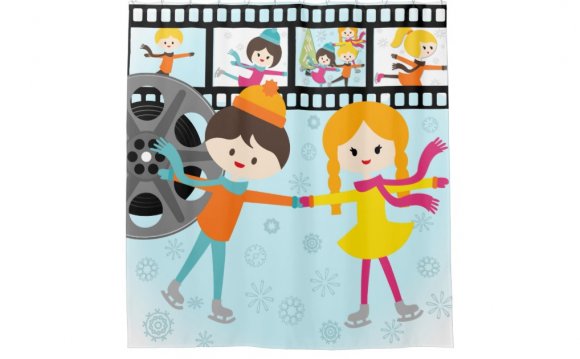 In no particular order, we offer these ten films about winter sports that are sure to make you laugh, cry, or feel inspired. We know your eyes are glued to the TV for the actual Olympic updates, but just in case you need a break….

is a documentary about freeski and women. The film will take you on a journey from serious big lines in Haines, AK, with Lorraine Huber, Sandra Lahnsteiner and Matilda Rapaport as the first ever all female film crew to ride with Alaska Heliskiing, to fluffy powder and pillows in Niseko, Japan with Rachel Burks, Caja Schöpf and Sandra herself. But ski passion doesn’t just come alive in far away lands that most of us can only dream off. The beautiful and majestic Alps gave Janina Kuzma and Pia Widmesser, just as so many of you, the chance to rip around Austria in all time conditions last season. Not Yet Rated.

The movie is about a small town in Alaska named Mystery, where hockey is the cohesive activity that unites the town. The “Saturday Game” is a weekly event of amateur four-on-four pond hockey played on the open ice of the town’s frozen lake. The team consists of ten local townsmen of varying ages and occupations with two goalies and eight skaters publicly scrimmaging each other every Saturday. As there are only ten spots on the team, in order to make room on the roster for the younger up-and-coming town players an older more senior member of the team must be kicked off the team. After an article describing the town and its players appears in, a nationally televised exhibition game is scheduled between the and the hometown favorites in Mystery, Alaska. Rated R.

When rival figure skaters Chazz Michael Michaels and Jimmy MacElroy go ballistic in an embarrassing, no-holds-barred fight at the World Championships, they are stripped of their gold medals and banned from the sport for life. Now, three-and-a-half years on, they’ve found a loophole that will allow them to compete: if they can put aside their differences, they can skate together–in pairs’ figure skating. Rated PG-13.

“Ice Castles 2010” is a remake of the 1978 Oscar-nominated movie ““. Like the 1978 movie, “Ice Castles 2010” is an inspiring story. The skating in the story is excellent, and like the first movie, the story clearly shows that a person can recover and go on after a tragedy.Ice Castles 2010 is a real tear-jerker. The remake may even be more inspiring than the original movie, and the skating in the movie is superb. People of all ages, skaters and non-skaters, will enjoy the film. The film may inspire those who never considered figure skating, to give it a try. Rated PG.

Gordon Bombay is a successful defense attorney, whose truculent courtroom antics have earned him no respect among his peers. After being arrested for drunken driving, Bombay is sentenced to community service by coaching the local “District 5” PeeWee hockey team. Bombay has a history with the sport, although his memories are far from pleasant: he blew a penalty shot, costing his team the title and disappointing his hyper-competitive coach. When Bombay meets the team, he realizes the kids have no practice facility, equipment or ability to go with it. He rekindles his former passion for hockey and transforms the team. Rated PG.

Men with Brooms is a 2002 Canadian romantic comedy film, starring and directed by Paul Gross. Centred on the sport of curling, the offbeat comedy tells the story of a reunited curling team from a small Canadian town as they work through their respective life issues and struggle to win the championship for the sake of their late coach. Rated R.

The Cutting Edge is a 1992 romantic comedy film directed by Paul Michael Glaser and written by Tony Gilroy. The plot is about a very rich, spoiled figure skater (played by Moira Kelly) who is paired with a has-been ice hockey player (played by D. B. Sweeney) for Olympic figure skating. They face off against a Soviet pair in the climax of the film, which is set at the site of the 16th Winter Olympic Games, in Albertville, France. The film was also shot in Hamilton, Ontario, Canada. Rated PG

The inspiring story of the team that transcended its sport and united a nation with a new feeling of hope. Based on the true story of one of the greatest moments in sports history, the tale captures a time and place where differences could be settled by games and a cold war could be put on ice. In 1980, the United States Ice Hockey team’s coach, Herb Brooks, took a ragtag squad of college kids up against the legendary juggernaut from the Soviet Union at the Olympic Games. Despite the long odds, Team USA carried the pride of a nation yearning from a distraction from world events. With the world watching the team rose to the occasion, prompting broadcaster Al Michaels’ now famous question, to the millions viewing at home: Do you believe in miracles? Yes!

When the Jamaican sprinter Derice Bannock is disqualified to the Olympic Games due to a silly accident, he envisions the chance to participate in bobsleigh modality. He meets the dishonored coach Irving Blitzer, who is living in the tropical country after two gold medals and elimination due to cheating, and convinces him to coach the first Jamaican Bobsled Team. They form a group with the push-cart driver Sanka Coffie, the sprinter Yul Brenner and the rich Junior Bevil and without any sponsor, fly to Calgary, Alberta, Canada to participate of the XV Olympic Winter Games.