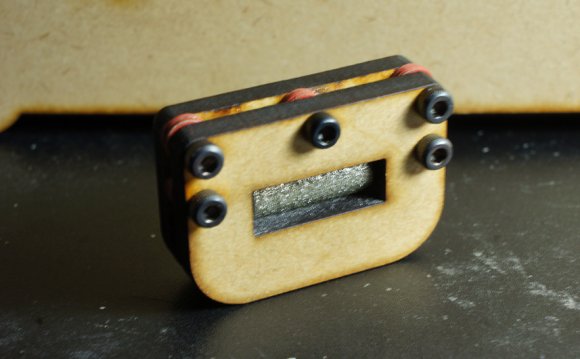 An ice skating blade that informs figure skaters of the stresses they are imposing on their joints has been developed by a group of researchers in the US.

The small, lightweight device has been built to measure the force that a figure skater exerts on the ice when performing their repertoire of jumps and spins and could potentially be used by skaters and their trainers to avoid injuries, as well as inform the design of new skating boots.

The instrumented blade has been presented today, 21 October, in IOP Publishing's journal Measurement Science and Technology.

Figure skaters are continually putting their body under stress, practicing up to five days a week, all year round, and performing anywhere between 50 and 100 jumps in each session.

Simulations outside of the ice rink have suggested that skaters exert a force magnitude of up to six times their body weight when taking off and landing from a jump.

Co-author of the research Professor Deborah King, from Ithaca College, said: "Questions have been raised about boot design and how it affects a skater's impact forces, potentially causing injuries. However, very little is known about the actual impact forces on ice during jumping and other figure skating skills.

"This is because on-ice measurements of the forces associated with figure skating are fairly difficult to record due to the complexity of the sport and not wanting to interfere with the skater during their jumps. As such, we decided to develop a method that measures forces directly from the blade."

Once deformed, the electrical resistance of the strain gauge changes - this change is measured by a device called a Wheatstone bridge, and a central control system is used to calculate the overall force that was imparted. The entire measuring device, including a battery, weighs 142 g and fits under the boot space of the blade so that none of the components makes contact with the ice.

The design of the system is unobtrusive and would allow figure skaters to perform their typical repertoires of jumps, spins and footwork without any noticeable interference.

To test the measuring device, the researchers mounted an instrumented blade onto an artificial leg and foot and applied 14 vertical loads between 0 and 236 kg to the leg.

The instrumented blade was then fitted to an experienced skater who was asked to jump from a 20 cm high box onto the floor whilst measurements were taken from the device. These results were then compared with measurements from a different experiment, whereby the skater wore a normal ice skating blade and landed onto a force plate.

"It was encouraging to see that the device performed very well for vertical loads, which is where our initial focus has been, and we were able to replicate the force curves measured from the force plate using the instrumented blade, " Professor King continued.

"The blade has been designed to measure horizontal loads, but we are in the process of integrating blade angles into the monitoring process to more accurately record the magnitude of forces during a landing."