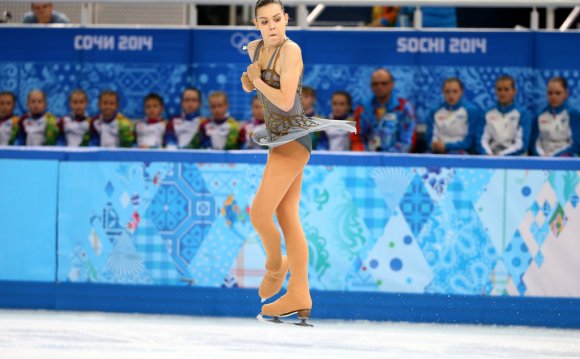 The endless impossibly early mornings heading to the rink for practice aren't the only things taking a toll on figure skaters. Researchers at Brigham Young University recently designed and built an unobtrusive skate sensor that can measure the impact when a figure skater lands a jump—and it turns out they're absorbing forces up to eight times their own body weight.

For comparison, when running your legs are only absorbing about two to three times your own body weight.

But given the height a figure skater can reach during a jump, the impacts are dramatically increased.

Previous attempts to measure these forces had skaters in a research lab jumping off a platform onto a sensor plate, but it never produced a truly accurate picture of what they were dealing with. But with this new skate sensor—which measures forces separately at the front, middle, and back of the foot without affecting a skater's performance—more accurate data can be gathered during an actual performance on the ice.

So besides giving us all a little more respect for what a figure skater has to deal with, this new data will help to minimize the inevitable injuries that come from absorbing these forces up to 50 times a day, five days a week, while training for a competition. Stress fractures in the feet and legs and hip and back injuries are far too common among figure skaters.

The researchers at BYU are hoping this new sensor will help coaches and physicians develop new training routines that are easier on these athlete's bodies so that they're not staring down hip replacements by the time they hit forty. And so that they can compete and keep doing what they love for as long as possible. [Brigham Young University]

Figure Skating Jumps & You Raise Me Up Song