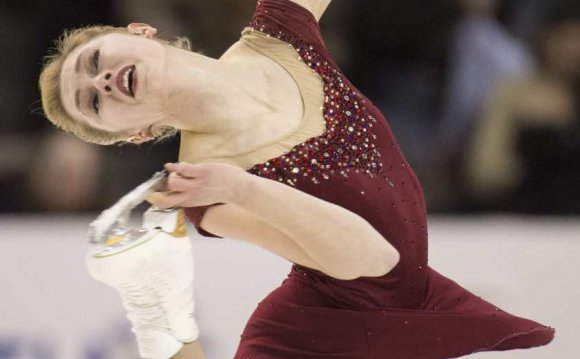 HALIFAX — One thing’s certain, the women’s singles competition at the world figure skating championships in Boston is not going to be a tea party.

A couple of Ontario teenagers will make certain of that.

The past few years, Canada’s top women’s singles skaters have taken a back seat to their counterparts from the U.S., Japan, Russia, South Korea and, at times, other parts of Europe. But Alaine Chartrand of Prescott and Gabrielle Daleman of Newmarket sent the message to the rest of the skating world on Saturday afternoon that Canada is back.

Osmond, a member of the Canadian Olympic squad that won the team silver medal at the 2014 Sochi Olympics, led the competition after Friday’s short program but dropped to third after the long and is out — a tough blow for the Edmonton-based skater who returned this season after long layoff with a broken leg.

The finale of the women’s long program at the Scotiabank Centre on Saturday could not have been more dramatic. Of the three skaters in the race for the two spots on the world team, Daleman, who won the national title last season in Osmond’s absence, took the ice first and laid down a monster program, performed to the Maria de Buenos Aires Suite. Skating like she had nothing to lose, Daleman let it all hang out, opening her long with a spectacular triple Lutz/double toe/double loop combination and cruised from there, earning a score of 133.55. Her program included seven triples. The Toronto Cricket Club skater said she got a boost just before her skate from her choreographer Lori Nichol.

“She called me on my way to the rink, ” said an emotional Daleman. “And then after warmup I was, like, I need to call her. I need more motivation. I needed someone to calm me down and tell me I can do this, tell me that I have worked hard. Just hearing that from her really helped me just get more in the mood, more motivated and more determined.”

After Daleman’s superb performance, it was Chartrand’s turn. The defending Canadian silver medallist knew she would have to lay down one of the best skates of her life to hold on to a spot on the world team. And that’s exactly what she did. Skating to haunting compilation from Gone With the Wind, the 19-year-old skated magnificently, completing all her major elements, including a triple Lutz/triple toe jump combo, and a unique double Axel/single loop/triple Salchow combo.

The pressure was on big-time and Chartrand answered the bell. Her performance earned her a standing ovation even more intense than the one just given to Daleman. And though Daleman’s long score was ultimately higher (133.55-133.18), Chartrand was able to secure first as a result of her superior short program. Chartrand’s coach Michelle Leigh broke down in tears in the kiss-and-cry area as her skater finished her skate.

“That was really tough hearing (Daleman’s) score before I skated, ” Chartrand said. “But our whole motto is just do your job and the pieces will fall . . . that feels just amazing.”

Chartrand brought the crowd to its feet well before she’d taken her final pose.

“Oh, my God, ” she said. “I wasn’t even into the second spin yet and people were screaming. And just dealing with the music, like, ‘OK, don’t fall on your spin. Make it to the end.’ ”