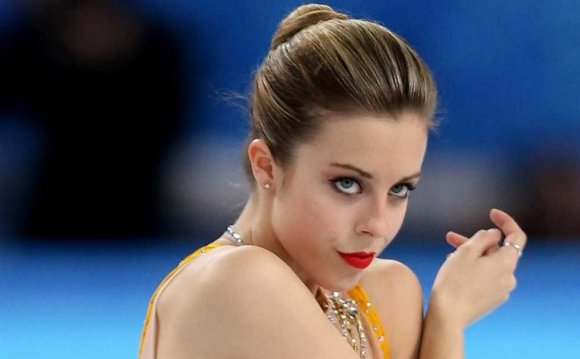 When Adelina Sotnikova took to the ice in the ladies final on Thursday, she knew she was in a good position to win a medal. Second after the short program, Sotnikova was only 0.28 points behind the reigning Olympic champion, Korea’s Yuna Kim – practically a tie. And after her teammate, overnight sensation and crowd favorite Yulia Lipnitskaya finally faltered, falling on a jump and stumbling on another, Sotnikova hoped she had a chance to make history as her country’s first gold medalist in the event.

And at the judges table, some might argue, she might have had help. Sitting on the panel was one Ukrainian judge who had been banned for a year for attempting to manipulate the ice dance results in the 1998 Games in Nagano, and a Russian who is married to the head of the Russian skating federation.

Did the two judges collude and push Sotnikova over Kim? Nobody will know, since the judging is anonymous – something the U.S. skating federation wants to change at the upcoming International Skating Union gathering in the summer. At any rate, if both of the judges gave the Russian exceptionally high scores, one was thrown out as the high and low marks are discarded and the remaining seven of the nine numbers are averaged.

And yes, the judges still likely play with the components score, the one that incorporates their perception of how well the skater executed jumps and spins and other technical elements, as well as their overall choreography and skating skills – how fast they moved across the ice, how well they covered the entire ice surface, and other such intangibles.

But the new scoring system, in place since the 2006 Olympics, also makes it harder to manipulate the technical score. Each element is given a point value, and rather than earning points to a perfect 6.0, as skaters in the previous system did, skaters start out with a base value reflecting their planned elements and then start losing points if they don’t execute them, or if they don’t perform them well.

It was on the technical side where Sotnikova outpaced Kim – the Russian completed seven triple jumps to Kim’s six, and in the three-jump combination both skaters did, Sotnikova pulled off a triple-double-double, while Kim only did a double-double-double. On that element alone, Sotnikova outscored Kim by 0.51. Before they even hit the ice, the base value of Sotnikova’s program was already higher than Kim’s.

It wasn’t just the judges, but the caller, too who saw Sotnikova’s technical superiority. The caller evaluates each element and determines how many rotations a skater completes on jumps, and more importantly, what level of difficulty things such as spins and step sequences deserve. Sotnikova was awarded the highest level, a 4, for all of her spin and step patterns, while Kim earned a 3 on one of hers – slow spins or failure to complete enough revolutions can earn lower levels. Based on what they executed on the ice, Sotnikova’s base value for her program was nearly four points higher than Kim’s.