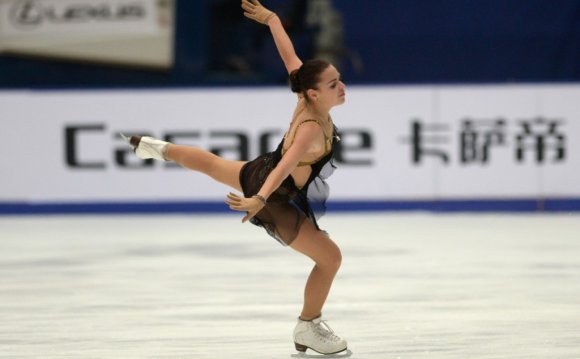 There are still two days left of Olympic figure skating, and I have officially maxed out my lifetime tolerance for the Les Misérables soundtrack, something not even Russell Crowe could do to me. Same goes for the score from the 1968 movie adaptation of Romeo and Juliet: I have never seen this film, but in the last week alone I watched six different skaters perform to the music from it. And if another figure skater cues up the Santana during the Sochi Olympics—please God, no—I will seriously lose my mind.

Figure skaters spend years dreaming of their Olympic performances. They expend inordinate amounts of time and money picking out costumes, working on choreography, practicing and mastering their programs. So why, for their big Olympic moments, must skaters all perform to the exact same rotation of, like, 10 different songs?

"Because those songs work, " Kristi Yamaguchi, the 1992 Olympic gold medalist, told me, laughing. (Yamaguchi performed her gold medal-winning free skate to the music of "Malagueña, " by Ernesto Lecuona, which I have so far heard performed in Sochi only once.) "There are certain standby favorites that pick up the crowd, or have a lot of highs and lows and crescendos that add [interest] to a performance. Those pieces—you know, Carmen, Swan Lake, a lot of Tchaikovsky—you hear over and over again because they have that dynamic, and the skater knows the judges like it."

For skaters—and especially for the elite ones, who are hoping to make it to the major international competitions, where the judges tend to have more exacting standards—there's a lot that goes into the process of selecting program music. Picking the perfect piece isn't just about picking a song you like, or even finding something you'll be able to tolerate after thousands and thousands of repeat listens. You want something that's going to fill up an entire 12, 000-seat arena and ramp up audience participation. You want a piece that that feels epic, but not so epic that it overwhelms your performance. You want music that speaks to you. And, most importantly, you want music that speaks to the judges.

"You want a piece that's going to really showcase your strengths and present your skating in the best light, " said Yamaguchi. "Because not only does a skater have to really connect with a piece of music, but you also want something that is going to be universally liked. In international competitions, you have judges from all around the world. You don't want to leave anything to chance."

Choosing the old standbys can be a useful crutch for skaters who haven't totally established themselves on the international scene, or who don't have a strong sense of their own artistic tastes. But capitalizing on that advantage is a tricky proposition. Because as much as a piece like Carmen—dramatic, swelling, emotional—can prop up a skater artistically, it will also, inevitably, remind the judges and the audience of other, probably better, performances.

How To Choose Your Figure Skating Music