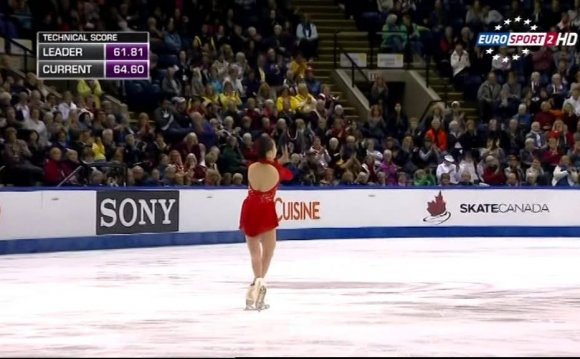 Worldwide famous athletes have a long history of posing nude or partially clothed for men’s magazines such as Playboy. Katarina Witt, one of the greatest Olympic figure skaters, was the first female athlete to pose naked for Playboy. The December 1998 issue featuring her nude photographs was the second ever sold-out issue of the magazine.

Some do it for the money and fame, some do it for a good cause, while other athletes do it because they are simply proud of showing their perfectly sculpted bodies. However, there are some Olympians, such as softball sensation Jennie Finch, who turned down Playboy offers saying that she would “rather be a role model to young girls”.

Whether posing nude is damaging or not for female athletes, is still a hot debate. Are we really “telling women that it’s not enough to be a world-class athlete, that you have also to take off your shirt” as Prof. Charlene Weaving states? By the way, did you know that ancient Olympians competed nude?

A remarkable athlete and fascinating person, Katarina Witt is considered to be one of the greatest figure skaters of all time. Her competitive record is truly impressive. The German figure skater won two Olympic gold medals, four World Championships and six consecutive European Championships. There are many great female figure skaters, but what makes Katarina special is the fact that she competed and won for many years. The entire globe was mesmerized by ‘Kati’, as Germany commonly called her.

As mentioned before, Katarina’s nude pictorial was the second ever sold-out issue of Playboy.

Anita was the Playboy Centerfold of the 2002 September edition. According to Anita’s declarations, the reason why she accepted Playboy’s offer was because she wanted to show there is a Women’s Professional Football League and that, yes, “some of the women who play in the league may be appealing to those who read Playboy”. She was trying to demonstrate that it is okay to look attractive, sensual and still play football.

Bounced out of Tournoi de Roland-Garros by Serena Williams, American tennis player Ashley Harkleroad claimed a more glamorous coup by appearing on the pages of Playboy, the issue of August 2008. She was the first professional tennis player to appear in Playboy. After turning to professional tennis in 2000, Ashley reached a career-high ranking of No. 39 in 2003. She didn’t win any renowned international tennis tournament, but it seems that her beauty greatly compensated the lack of career success.

Mia Rosales St. John is considered to be the hottest woman in boxing. Her career is pretty impressive, even if she started boxing late. Mia won in 2005 the International Females Boxers Association Lightweight World Title and the IBA Continental Lightweight Title. She became at the age of 40 the WBC International Female Welterweight Champion.

Torrie Anne Wilson started her career as a Fitness model and won in 1998 two important titles before becoming a professional wrestler: the Ms. Galaxy Nova Championship and the Ms. Galaxy Florida titles. World Wrestling Entertainment Diva, Torrie Wilson, is a two-time Playboy cover girl. Her first appearance was in May 2003 and the second one in the special Playboy edition of March 2004. This edition featured two of Playboy’s best selling cover models: Torrie Wilson and Sable, another hot professional wrestler.