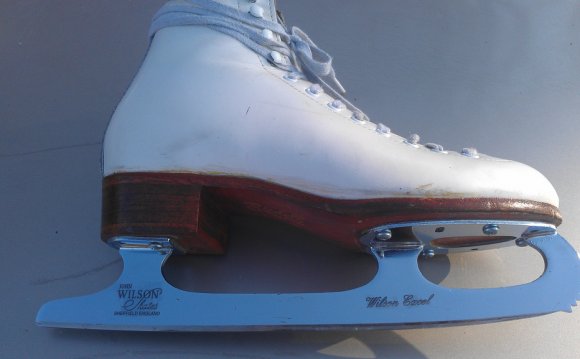 When did ice skating begin? Who was the first person to strap on a pair of ice skate blades and glide across a frozen lake? How did figure skating become a sport? We map it all out for you with this awesome timeline. Keep reading!

1, 000 B.C.
A pair of ice skates is found at the bottom of a Swiss lake—scientists calculate that they were made 3, 000 years ago. Did you know? The earliest skaters took up the sport out of necessity, having to flee from enemies and hunt for food. Skating provided quick transportation during long winters.

50 B.C.
Evidence of skating is found in Roman ruins in London. Excavations uncovered leather soles and blades made of polished animal bones. Because the blades were flat-bottomed it was not possible to get any forward thrust or momentum. The skater had to carry a staff with a pointed end to push off and brake.

1250 A.D.
The Dutch are the first to replace bone skates with blades made of iron. These more “modern” ice skates led to the discovery of the “Dutch Roll, ” because skaters could now push and glide with their feet.

1572
Ice skates used in war sounds crazy, doesn’t it? But it actually happened! The Battle of Ijsselmeer takes place in Amsterdam this year and the Dutch surprise the more powerful Spaniards by taking to the ice of the frozen canal for combat.

1742
The first known skating club is established in Edinburgh, Scotland.

1848
A man named E. V. Bushnell from Philadelphia invents a strapless skate with the blades clipped right to the boot. This revolutionizes ice skating because for the first time skaters can twist, turn, spin and leap without losing their ice skate blades!

1908
Figure skating is made an Olympic sport.

1990s
Figure skating becomes one of the most watched sports in the world! Stars like Kurt Browning and Jozef Sabovcik proudly wear Riedells to compete.

Today
Figure skating remains one of the most popular sports of the Winter Olympic games and Riedell remains the largest manufacturer of ice skates in North America. We love to hear how Riedell has been part of your life. Share your story and a photo to be featured on our site!