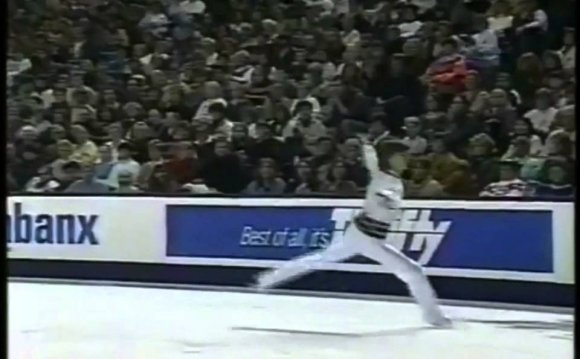 Here’s an Olympic time lapse for you. In 1936, Sonja Henie of Norway won her third consecutive gold medal in women’s figure skating without ever having rotated more than once in the air. Three-quarters of a century later, in 2010, Japan’s Mao Asada landed three triple axels—the three-and-a-half-rotation jump that’s the most difficult in the women’s repertoire to date—and still had to settle for silver in Vancouver.

Some figure-skating aficionados bemoan the increased emphasis placed on extreme jumping skills in contemporary competition—a development we’ve tracked in the video above—but it wasn’t always thus. As late as 1968, American gold medalist Peggy Fleming could win applause from the audience in Grenoble for a mere single axel. The weight placed on compulsory figures, in which skaters would trace precise patterns in the ice with their blades, left some talented jumpers in the shadows: the U.S.’s Elaine Zayak (sixth place, 1984) and Japan’s astonishing Midori Ito (fifth place, 1988—despite landing a record seven triple jumps) were just two of the athletes whose triumphant free skates couldn’t make up for lackluster figures. (Compulsories were eliminated from international competition in 1990.)