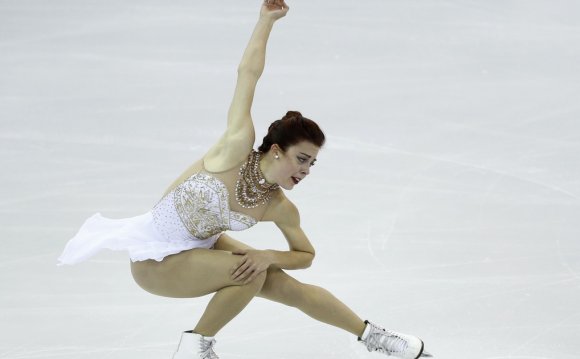 ST. PAUL – The skating gods finally delivered for the United States on Friday night. They brought a future skating king to U.S. Figure Skating’s doorstep: a bright and bold 16-year-old phenom named Nathan Chen, who made history by becoming the first American to land two quadruple jumps in a 2-minute 40-second short program.

While his performance electrified an otherwise somnolent event, the mind immediately leapt to bigger things. What could this kid do at the Winter Olympics in two years? Why wait that long? How about the home-game world championships in Boston this spring?

“At least something interesting for U.S. skating, ” Chen’s coach Rafael Arutunian said, and he couldn’t have been more right.

The killjoys along judges’ row had another idea, however. Given the chance to make a grand statement about America’s future in this sport, to celebrate the athleticism that has allowed other nations to leave the U.S. men in the dust, they put Chen not first, not second, not third, but fourth.
Yes, fourth - behind two men who didn’t even try a quad and another who landed one.
In first place with 91.83 points was 2013 national champion Max Aaron, who did one quad, followed by veterans Ross Miner (90.90) and Adam Rippon (88.01), neither of whom tried one. Chen ended up with a score of 86.33.
Arutunian almost couldn’t believe what had just happened.
“The message is, ‘Guys, don’t jump quads, ’ ” he said cynically. “Guys will fly by them at worlds with quads and quads and quads. Do you think they will feel comfortable doing their triple lutzes and triple axels?”

Rarely will a coach offer such a scathing indictment of a judging panel's decisions, but this one was right on the money.

Because three U.S. men will qualify for the world championships after Sunday’s long program, and because injured defending national champion Jason Brown, who has struggled trying to learn a quad, also might be in the mix to be given a spot at worlds, Chen might not make it to Boston.

What a missed opportunity that would be. What a mistake that would be. The tried-and-true plan for grooming a talent like Chen is to get him into a world championships as soon as possible to allow him to start making a name for himself on the sport’s biggest stage.

There are certain truths in sports. In men’s skating, it’s all about the quad. For a man to have a chance to win a medal at the top international level, he must perform several quads over two programs during a competition.

Chen, who has torn up the international junior circuit of late, says he has five. He does two in his short program and three in his long program. No American man has ever done more than three in an entire competition. By comparison, Yuzuru Hanyu, the 2014 Olympic champion, recently did five quads in each of two big events – two in the short and three in the long. Chen is the nation’s best bet to have a chance to keep up with him.

“It was a big risk for me, but I thought this would be the best time to do it, ” Chen said of his two quads. “I’m trying to set myself up as a senior skater, and I think this is a big step for me. Hanyu is a huge role model for me. I honestly hope to be what he is now eventually in the future. I think now is the perfect time to try it, while I’m still young.”

The United States hasn’t won a world or Olympic medal in men’s figure skating since Evan Lysacek’s gold at the 2010 Vancouver Olympics. That will be six years next month. One would think U.S. officials would be frustrated and embarrassed by a drought of that length, and itching to do something about it.