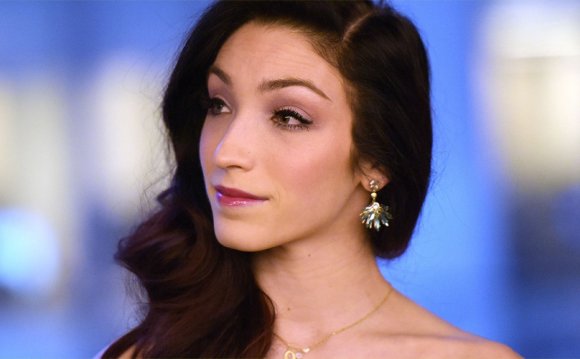 For a sport judged partially on style, figure skating has not changed much with the times: The billowing, sequined costumes look the same as they have for decades, the classical music never goes in or out of style, and the jumps (which actually determine the score) have more or less stayed the same.

While the unwavering costume and music choices may be the product of tradition, the consistency in jumps through the years has more to do with the physical limits of the human body. And given those limits, fans shouldn't expect moves to change much in the future either, said Tom Zakrajsek, a world and Olympic figure-skating coach based in Colorado Springs, Colo., who will head to Sochi this Thursday (Feb. 6) to coach Italian Men's Competitor Paul Bonifacio Parkinson.

Zakrajsek said the most challenging figure-skating move currently performed in Olympic competition is the quadruple jump, or four spins in midair. The next plausible step above that would be a five-spin jump, or quintuple, which has yet to be achieved and would require skaters to jump higher and stay in the air longer than they do for four spins. Skaters typically spend between 0.65 and 0.70 seconds in the air for jumps, and fitting in an extra spin would require them to extend that time to between 0.72 and 0.75 seconds, Zakrajsek said. [Winter Warriors: The Fitness Skills of 9 Olympic Sports]

James Richards, a biomechanist at the University of Delaware who studies the mechanics of figure-skating jumps, does not think a quintuple is feasible for the human body. To stay in the air long enough and spin fast enough to achieve five spins would require a skater to be extremely strong and extremely lean, Richards said.

"The quad is the physical limit, " Richards told Live Science. "To do a quint, we would have to have somebody built like a pencil, and they can't get much smaller than they already are."

Still, Zakrajsek is confident that certain skaters have the body build and skills to achieve it. But even so, many coaches don't allow skaters to attempt the quintuple due to the risks associated with falling while spinning at such high speeds and with such force. Even falling on a quadruple jump can take a serious toll on the body, Zakrajsek said.

"In a quadruple jump, you are landing with seven times your body weight, " Zakrajsek said. "That is a lot of force. When they fall on a jump like that, some say it feels like their intestines end up in their throat."

To prevent injury, the International Skating Union (ISU) bans certain complicated moves from the Olympics, such as the backflip, which was performed for the first and last time by American skater Terry Kubicka during the 1976 Olympics. Kubicka completed it without injuring himself, but the ISU still banned the move to prevent future injuries.

Skaters do get creative and design personal spin-offs of already established jumps, but Zakrajsek said they have more or less maxed out their options in terms of designing completely new jumps.

"Skaters come up with creative jumps that they put in their routines, " Zakrajsek told Live Science. "But I think they have pretty much maxed out the edges — outside and inside, forward and backward, and the way you can rotate according to the rules."

In the future, figure skaters will push their personal limits by working on becoming more consistent with their quadruple jumps, which will require more nuanced and customized training regimes, Zakrajsek said. Such training would generally include muscle toning on and off the ice, but Zakrajsek declined to describe the regimes in detail since athletes consider their workouts intellectual property.

Richards, at the University of Delaware, has developed a system that helps hone skaters' moves, in which he attaches dozens of reflective sensors to the skaters' bodies and collects physical data while they jump. The data is processed by a computer model that digitally logs the skater's jump. Richards can then slightly manipulate certain moves on the computer to show skaters how they might improve their height or speed by making a slight adjustment to their bodies, such as slightly pulling in their arms. This tool, Richards says, is also helping skaters become more consistent with their quadruple jumps.

Editor's Note: This story has been updated to clarify that Zakrajsek is going to Sochi to coach Paul Bonifacio Parkinson, not American skater Max Aaron.

Figure skating for a cause