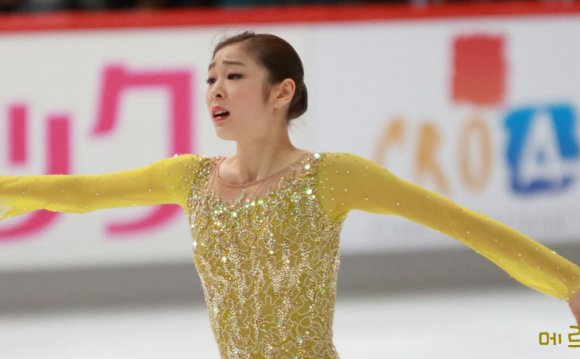 After Gabriella Papadakis and Guilaume Cizeron missed the first half of the season as she recovered from a concussion, not many people would have predicted that the French team could defend their title at the ISU European Figure Skating Championships in Bratislava, Slovakia. Yet the reigning World champions returned in style, turned in two strong performances and took the gold Saturday at the Ondrej Nepela Arena.

Italy’s Anna Cappellini and Luca Lanotte earned the silver, while Ekaterina Bobrova and Dmitri Soloviev of Russia secured the bronze.

Papadakis and Cizeron, who stood in second following the short dance, delivered a mesmerizing dance to “Rain In Your Black Eyes.” They seemed to flow over the ice, showing off effortless edges and creating a perfect unison between them and the music. Their difficult elements were smoothly incorporated into the routine. The twizzles, the spin, the footwork as well as two lifts garnered a level four. The straight line lift merited a level three. Papadakis and Cizeron scored 111.97 points and totaled 182.71 points.

“I think it feels even more amazing than last year, because we proved that we can do it again, ” said Cizeron. “We managed to have a really great moment during the performance and the audience shared this program with us.”

“We are very proud that we did a great, great job in this free dance and that we did even better than we have ever done in practice, ” Papadakis added. “It was a really magical moment and we are just very proud of everything.”

Cappellini and Lanotte went into a complete different direction with their dance named “La Dolce Vita” (which is in fact set to other Fellini soundtracks). Their excellent dance was lively, upbeat and got the crowd going right away. The multiple Italian champions collected a level four for four elements and a level three for three elements to earn 105.70 points. Overall, the 2014 European and World champions scored 178.01 points and slipped from first to second.

“We certainly left a few technical points on the table today, ” Cappellini admitted. “We haven’t been able to see the breakdown yet, but definitely the technical part lacked a little bit today, so that’s something we are going to work on in the future.”

The 28-year-old added that there are so many details that it can be difficult to keep everything “super neat.”

“I think we posted our highest score in the free dance earlier in the season, ” she said, “so there’s definitely room for improvement in that area. Today wasn’t our biggest performance. “It didn’t flow as much. We skated first, so we were feeling the ice a little bit at the beginning of the performance. We need to improve our ability to go out and skate on the ice with 100 percent and leave nothing behind. We want to finish the program like we can’t get up anymore.”