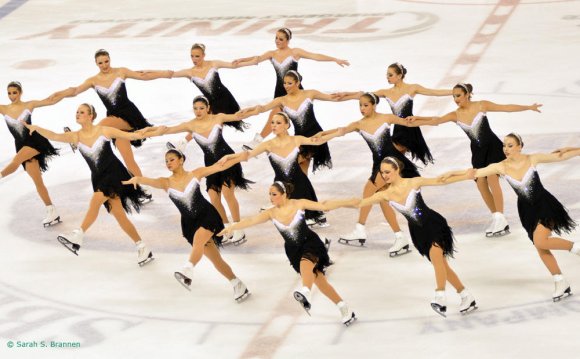 The Boston University Synchronized Skating Team (The Terrierettes) is for skaters who have passed their juvenile moves in the field test or are working on its completion. A part of the United States Figure Skating Association (USFSA), the team actively competes in the Collegiate Level. Coached by Andrea Mohns- Brillaud, the team focuses each year on developing skating skills and working on a competitive program for the season.