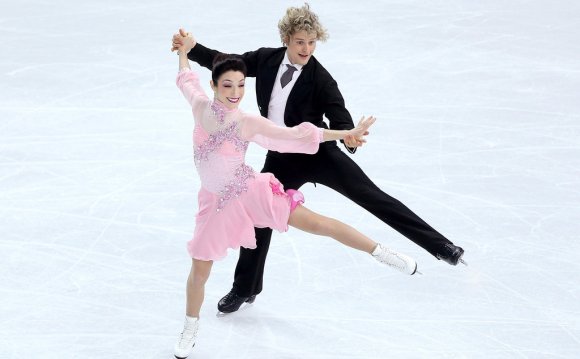 More than 1.7 million people – including 730, 000 in just six hours – have signed a petition at Change.org demanding an investigation into the controversial judging decision in the women's figure skating competition at the Sochi Olympics.

According to Change.org, the flurry of signatures was five times the previous record. About 90 percent of the signatures were coming from people inside Korea and roughly 10 percent came from inside the U.S., according to the world's largest online petition platform.

After the controversy, some wondered about the makeup of the judging panel and why there is so little transparency in the judging.

Perhaps this simple fact can be offered as an explanation: Under the current points system, adopted after the judging scandal at the 2002 Salt Lake City Games, Sotnikova, 17, did exactly what she needed to come out on top.

"Today's figure skating comprises those evaluations that include a program, steps, jumps, " Sotnikova's coach, Elena Buyanova, said Friday. "We were not behind in our complexity, rotations, and I think we should be proud of our two girls because they did not give in to the world elite."

Kim was trying to become the first to win back-to-back Olympic figure skating golds since Katarina Witt in 1988. The 23-year-old Kim is now retiring, saying she is relieved the Olympics are over and she wants to rest.

What did Witt have to say about the scoring?

"I am stunned by this result, I don't understand the scoring, " Witt said on German TV.

However, other former skaters saw nothing wrong with the judges' scoring.

Watching from his NBC broadcast location, 1984 Olympic champ Scott Hamilton was intrigued by the 17-year-old Sotnikova's strategy, which he said worked perfectly for the scoring format. It was more than enough to beat Kim and Carolina Kostner, whose bronze medal was the first in Olympic singles figure skating for Italy.

"Adelina collected more points. That is really the only way you can describe it, " Hamilton said. "If you look at Yuna of the past, this was not a program as difficult as she has done, and she left the opportunity for someone to collect points on that side of the scoring.

"It may not have been as beautiful as Yuna and Carolina, but under the rules and the way it works, she did all that. I think it was a just strategy that worked on the night."

It was a strategy based not so much on artistry but on technical superiority. Nothing in the rules says the program must be an artistic masterpiece. Some observers called Kostner's "Bolero" just that Thursday night. Just check off the boxes: great coverage of the ice, connection between steps, execution that is powerful.

Sotnikova did that, although her margin of victory of nearly six points was shocking.

"Later at night, I watched on TV and Sotnikova was an absolute champion for me, " said Tutberidze, whose skater finished fifth. "It was a presentation of her life. I have never seen her before be so concentrated and skate every element so neat. Emotions, jumps, rotations, spins, spirals, and if you combine all these elements, Adelina won overwhelmingly."

Finding the correct elements is a challenge for everyone: skaters, coaches and choreographers. There is so much gray area in this scoring system, just as there was in the old 6.0 format, that even when the athlete's strengths mesh perfectly with the music, there's never any certainty the judges will be impressed.

"It's so hard to find the ideal system that would work for everyone, when it comes to even making the rules of figure skating, " said Peter Tchernyshev, who won five U.S. ice dance titles under the 6.0 formula. "It's not track and field when you ran faster. Or lifted more weight. Or jumped higher. Again, it's very subjective, yet this sport is surviving over so many years because everyone realizes it's very athletic.

Is there even a right or wrong? Judging, after all, comes down to expert opinions.

The athletes wisely steer clear of it all as best they can. Sure, American Ashley Wagner, who finished seventh, questioned the veracity of the points system and, most notably, the lack of openness in it. Generally, though, the skaters take the approach Kim used Friday, hours after she retired from competitive skating.