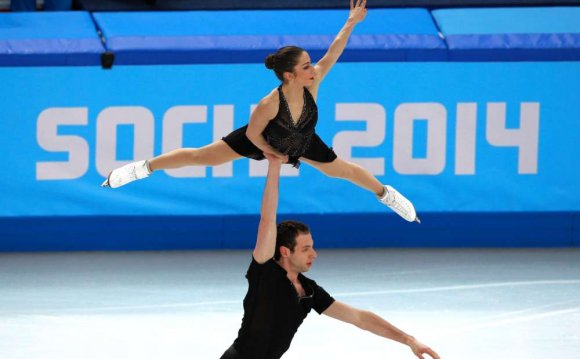 The inaugural KOSÉ Team Challenge Cup is a unique figure skating competition that will present the sport of figure skating to fans worldwide like never before! The ISU-sanctioned three-day event will feature 42 of the top figure skaters in the world competing in a continental team competition (Team North America vs. Team Europe vs. Team Asia).

Saturday, April 23 at 1:30pm - Pairs (Free Skate) & Ice Dance (Free Dance)
The Team Free Skate will feature pairs and ice dance teams competing in an aggregate scoring format. Two pairs and ice dance teams from each Team will perform their free skates/dances, with the highest IJS scores in each discipline being added together for a total team score that will carry into the evening’s Singles Free Skate.

Saturday, April 23 at 7:00pm - Men's & Ladies (Free Skate)
The Singles Free Skate will feature ladies and men competing in an aggregate scoring format. The singles athletes from each team will perform their free skates, with the two highest IJS scores in each discipline being added to the Team Free Skate score carrying over. The team with the highest aggregate IJS score will be crowned the 2016 Team Challenge Cup champion.

Sunday, April 24 at 3:00pm - Exhibition of Champions
An Exhibition featuring the best skaters from around the world.

To ensure you receive the best possible service, receive your tickets promptly and to ensure you are not purchasing counterfeit or stolen tickets, we urge all of our ticket purchasers to make their purchase via www.ticketswest.com.