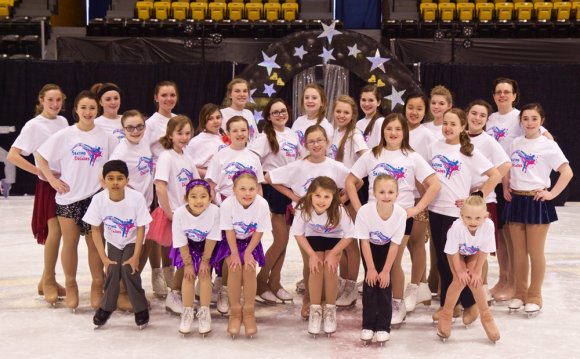 Junior international competitions are held such as the ISU Junior Grand Prix and other “B” level junior events.

Qualifying competitions for the national championships are held by some larger countries with many skaters. .

National championships in lower age or skill divisions, such as junior and novice, are held in some countries.

The United States Figure Skating Association holds national championships in five skill divisions. From highest to lowest, these are:

, which categorizes novice, junior, and senior skaters by age, in the US these are test or skill levels. For example, a skater who competes in the junior division must have passed the junior skating test in that particular discipline, but not yet the senior test. In practice, the skills required to pass the tests are well below those that are required to be competitive at the corresponding level, and skaters choose which level to test based on the level they think they can compete at successfully, rather than vice-versa.

The regions and sections are:

Juvenile and intermediate skaters also compete at regionals. From there, the top finishers advance directly to the U.S. Junior Championships. Because the number of competitors in these divisions is much larger in some regions than others, the number who advance from each region depends on the number of entries in that region.

The competitive test track is a new event for all non-qualifying competitions that limits the difficulty of skating elements performed in each level. The test track will line up the test structure requirements with the competition levels, giving skaters a fair playing field to continue competing and testing according to their abilities.

Skaters may choose to participate in either the test track or free skating track but not both during the same non-qualifying competition. The 6.0 judging system will be used for this new track.

7 Types Of Skating Moms At The Rink!||FigureSkatingFrenzy