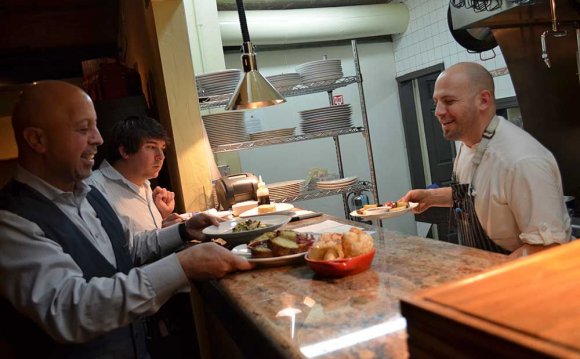 You might not expect an Olympic figure skater to use the word “explosive” when teaching young hockey players on the ice.

After all, figure skating is the epitome of quiet grace and elegant power, right?

But three-time U.S. national champion Michael Weiss, 38, is doing just that, teaching explosiveness to high school hockey players at an ice rink in Reston, Va. At a freestyle session after school one day, parents watch as their girls – perhaps the next Gracie Golds — glide and spin. But in the far end, Weiss draws on the ice with a marker, mapping a drill for a hockey player.

They’re working on explosive movements, power and speed, skills he learned as a figure skater.

“I want the kids to be able to turn, a power turn; you want them to explode, ” says Weiss, who recently hosted a Skating and Gymnastics Spectacular on ABC with Kristi Yamaguchi. He says it comes down to this: if you’re a better skater, you’re a better hockey player.

“When hockey players are young, they’re thrown out onto the ice. They put a stick in their hands, a puck at their feet, and they’re told to go, ” he says. “There are so many skills involved in hockey. You need to know how to shoot, you need a good hockey IQ, you need to know where to be in position on the ice, where to support the player with the puck. All sorts of thoughts are going through them. But one of the last things they’re thinking about is how to skate efficiently, and that’s the most important thing.”

The biggest difference he sees from house level hockey up to AAA is skating skills.

That’s how he found himself giving private skating lessons to more than a dozen students, ages 8-18, with a wait list of 40 more. The Woodson High School (Va.) grad has worked with hockey players from high school and travel teams such as the Reston Raiders, Team Maryland and Ashburn Extreme.

Weiss says hockey is an explosive, anaerobic sport. “You have 30, 45 seconds to make a difference, and you’re out there again in another two minutes, and you have to have explosive moments, quickly.”

And while parents have been asking for years for skating lessons from the first American to land a quadruple toe loop, Weiss was often touring. When he was home, he wanted to spend time with his wife and two kids and work on the Michael Weiss Foundation, which has raised more than $610, 000 for scholarships for skaters.

But three years ago, he started offering lessons as his son became more competitive in hockey.

“I noticed there are a number of kids who are really good, solid athletes — but terrible skaters, ” he says. “I thought if they could just learn the right techniques, they could use their athleticism in the right way. My job is to make them more efficient in their skating skills, use their edges, knees and toes, and power, and harness it in the right way.”

Weiss recommends an arsenal of power turns. “If you’re in a game, and you have seven different ways to turn from forward to backward, explosively, don’t you think you’re going to be a better skater?”

Weiss has people approaching him for lessons as soon as he gets off the ice. What are student athletes asking?

“They might be at a plateau. They may want to play double A or triple A. They want to go up a level, ” he says. “The coach will tell them their skating skills aren’t as good…You’re shooting in your basement two hours a day by yourself, but you’re not working on your skating skills.”

Training with Weiss is Patrick Plummer Jr., 17, of Ashburn, Va., a varsity player for perennial state champion Stone Bridge High School. Plummer, a senior who hopes to be playing Division III hockey next year, says the lessons are helping.

“Being a faster, more technical skater makes you play better, ” Plummer says. “Being able to do a quicker transition helps you play better defense, and forwards have to play a lot in offensive zone in the corner. If you can turn quickly, you can sidestep checks.”

His father, Patrick Plummer Sr., one of several coaches with the Reston Raiders, says drilling these skills creates overall flexibility and challenges the student.

“Hockey is about speed, but it’s about grace and using edges, which is helpful in avoiding injury, ” he says.

He says hiring a professional such as Weiss, who’s been working with his son for a year, has been worth the cost. “Michael realized he needed a longer stride. It took a skating instructor, someone of his caliber, to figure it out. They can zero in.”

And while training may provide a powerful edge, it’s not like hockey players are working on triple lutzes. Weiss teaches them only the jumping movements which train the muscles. “If there’s an exercise I think will give them an advantage in hockey, then I will do it.”

Weiss says seeing results is gratifying. He remembers a 9-year-old who told him of his power turn before scoring an overtime-winning goal. He also tells of a 14-year-old he’d been working with for two years who beat him in a drill.

“I never had anyone beat me, ” he shakes his head, smiling. “Normally, I give them a slight head start or let them get a half-step ahead, but he beat me. I had to take my jacket off. ‘Ok, now it’s real!’”

Weiss laughs. “It was awful. But awful and great at the same time. That all the techniques I taught him made him quicker than me. That’s awesome.”

As an athlete who trained six hours a day, six days a week, he advocates hard work, discipline, goal-setting and pushing yourself outside of your comfort zone.

His 15-year-old son seems to be listening. A Langley High School student, Chris Weiss plays for the AAA team Little Caps, who practice four hours a night at Kettler Capitals IcePlex in Arlington.

On Mondays, though, there are skating lessons from Dad.

“Skating is the most important thing in hockey, ” says Chris Weiss, a defenseman. “Wish I took skating lessons even earlier. It helps with balancing, quickness, overall speed, edge work, and transition to forward and backwards as a defender.

“It does help me gain an edge. When I’m going into the corner, I can get there quicker and make a movement to create a play. It’s helped me beat people.”

His goal is to play Division I hockey.

“You have to be disciplined to chase some of that, ” says his dad, who comes from a family of national champions. His father was a 1964 U.S. Olympic gymnast, his mother a collegiate champion. His sister Geremi, also a figure skater, was a junior national silver medalist. And sister Genna was a junior world diving champion.